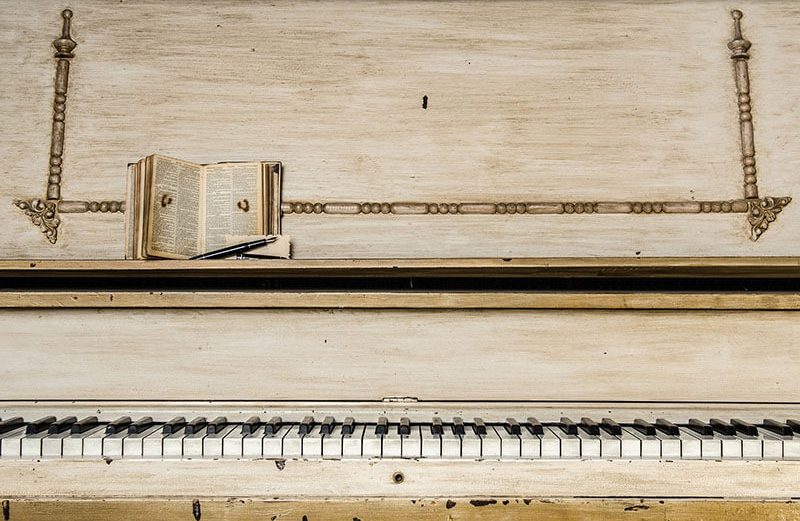 Many parts of the world had a form of producing music in the ancient ages.

A good example would be the Egyptians who played the drums, bells, harps, lyres, lutes, and castanets back in the day. Additionally, they knew how to produce musical sounds through the use of instruments such as trumpets and flutes, which are devices that are in use to date. Furthermore, they had a rattle which they referred to as the sistrum.

The Greeks too also had stringed music devices such as the lyre and the harp. Their lyre, known as the Kithara, was quite big and they would pluck it with a plectrum. They also made wind instruments such as the panpipes. They would make the devices using reeds whose lengths they would alter depending on the kind of sound that they wanted to produce. In addition to these devices, they had cymbals.

The Romans had musical devices that were similar to those of the Egyptians as they had lyres, harps, flutes, and trumpets. They also made organs and bagpipes which are also prevalent at present.

Other than the musical devices played above, animal horns were quite common in most regions. People would blow into them to create different sounds when playing music. They also used them as a way to communicate. Come the Scandinavian Bronze Age; people switched to metal horns.

Drums and Cymbals remained in use during this time, but there came other entrants into the scene. The tambourines and shawms became quite common, as were the transverse flutes and the harps. Musicians began to play more than one musical device at a time such that one hand would be handling the pipe while the other would be drumming. The recorder also came into play at this time.

The Arabians came up with the rebec which was a stringed instrument featuring a bow, and it became quite popular in Europe. However, when the Renaissance started, the device lost part of its charm, and the violin took over. Other than the Rebec, the Arabs came up with many different musical instruments. Take the lute for example. It was initially known as al ud, a term that referred to wood. However, on spreading to other parts of the world, it got renamed as the lute. The Arabs also created the mandora which was a smaller version of the lute. The story goes that the Arabs introduced the guitar in Europe, probably doing so first in Spain, thus showing that they had prowess in crafting musical devices. 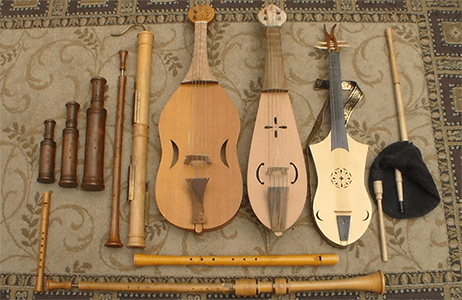 The violin came about during the first part of the sixteenth century, and it replaced many a musical device. During this time, the double bass and the cello devices lost some of their popularity as people began to embrace the instruments that were fast gaining pace in the world. Organs became common in church, which is a practice that has held over the centuries.

Other devices that featured in this era include the harpsichord, the triangle, the psaltery, the flat box, the dulcimer, the trombone, and the xylophone.

Come the seventeenth century, people had developed a love for musical devices, and they were quick to adapt to changes in the industry. It was during this time that the French horn, oboe, and bassoon came about, as well as the clarinet. Bartolomeo Cristofori is the man behind the piano which he developed in 1711.

The Russians brought the balalaika, the Africans took the banjo to North America, the Italians brought in the mandolin, and the Hawaiians gifted the world with the ukulele. As time went by, each region crafted a device that helped take music to the next level as other instruments came about. From the accordion to the saxophone to the harmonica all the way to electric guitars, inventions were taking place at a fast rate. It was not long before people began to classify the different musical devices as per the families to which they belonged.

These are the families that exist today, and it is evident that invention is not about to stop any time soon, what with the technological developments taking place every day.