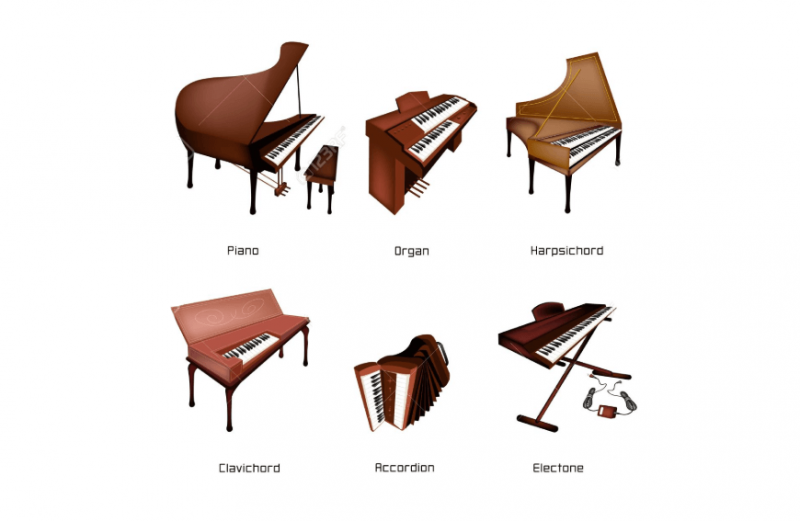 When people think of learning musical instruments, teachers often start them off with the keyboard family, and it is not for nought. They not only help you get a visual understanding of how music works but they also help you master a broad range of sounds, thus expanding your knowledge in the field.

What qualifies to be in the keyboard family?

For a device to fall into this grouping, it has to have a keyboard. The keyboard can have buttons, keys or parallel levers. In the case where there are keys in play, you will find that the bass notes lies to the left while the treble notes are on the right. With a keyboard, you can play more than one note at the same time, allowing you to try out different styles of music.

The standard instruments that you will find under this classification are the hurdy-gurdy, the piano, the organ, the clavichord, synthesizers, the harpsichord, the accordion, and the melodica.

How do they work?

The unusual thing about devices in this category is that they borrow elements from other families to create sounds. One way in which they work is through striking. Take the piano as an example. Once you strike any key, the hammer works to hit some strings which then vibrate to make a sound. The soundboard then amplifies the created sounds, and with each strike, a different note comes into the picture, and the result is thus melodious music.

Another way in which these devices work is by plucking. In this case, we will consider the harpsichord. The moment you strike the key, the jack plucks the strings as it moves up and thus a sound gets produced. It works a lot like a guitar if you think about it.

The other way in which you can operate a keyboard family device is through pressurized air. Good examples in this regard would be accordions and organs. The air passes through pipes or reeds under the control of bellows, and sounds get produced depending on the adjustments in play.

Here is a quick look at the devices in this family: 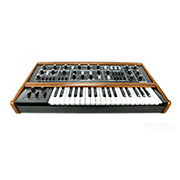 In full, these devices go by the name sound synthesizers although many variations of the same have come about over the years. This electronic device generates signals which it then converts into sound through the use of headphones or loudspeakers. In some cases, the sounds produced could be similar to what other instruments can make. However, the device can also generate unique sounds, based on the settings in place. Often, people control synthesizers using keyboards, but you can also create music using other means such as fingerboards and electric drums. 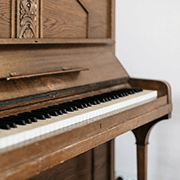 Did you know that piano is an abbreviation of pianoforte? This musical device features in tons of classical and jazz music performances, owing to its versatility. A typical acoustic piano will feature eighty-eight keys which when pressed; result in sounds due to the working of the hammers and strings underneath the rows. Once you release the pressure from the keys, a damper puts an end to the vibration in the strings. It is interesting to note that though the piano comprises a lot of strings, it falls into the percussion family as it works owing to pressure on its keys. At present, there are digital, electric and electronic pianos, with more changes expected to take place in the future. 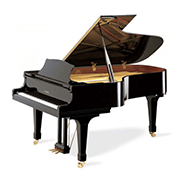 You could easily mistake this device for a piano if you did not know the differences in appearance between the two. This instrument has a keyboard with keys such that when you apply pressure on a key; a string gets plucked, resulting in sound. Although this device had lost popularity owing to the emergence of the piano, it has slowly made its way back to the music scene and now features in contemporary works. 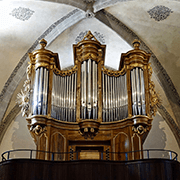 This device works through directing air into pipes as per selections on the keyboard. The tubes offer different results regarding intensity and pitch. The exciting thing about organs is that the sound does not go away when one holds on to a key as there is a continuous supply of air that allows the notes to hold. The same does not hold for a piano whose tonal intensity decreases over time.

Playing instruments in the keyboard family is quite easy once you understand how they produce the sounds. What will you play next?